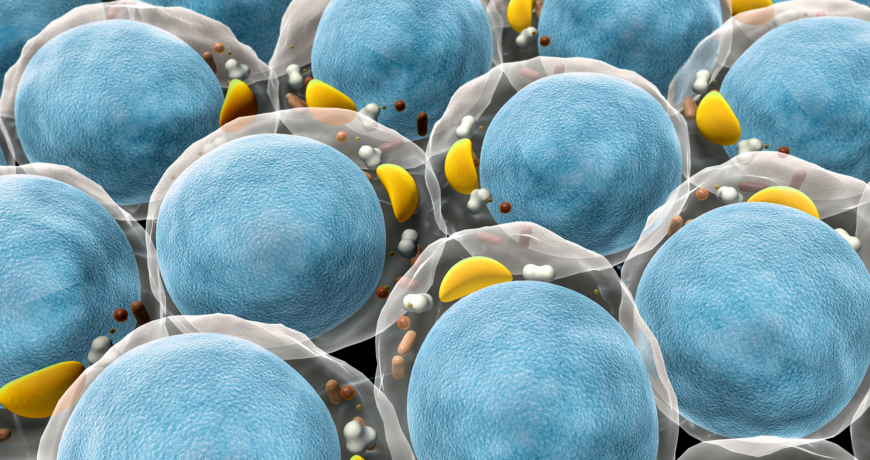 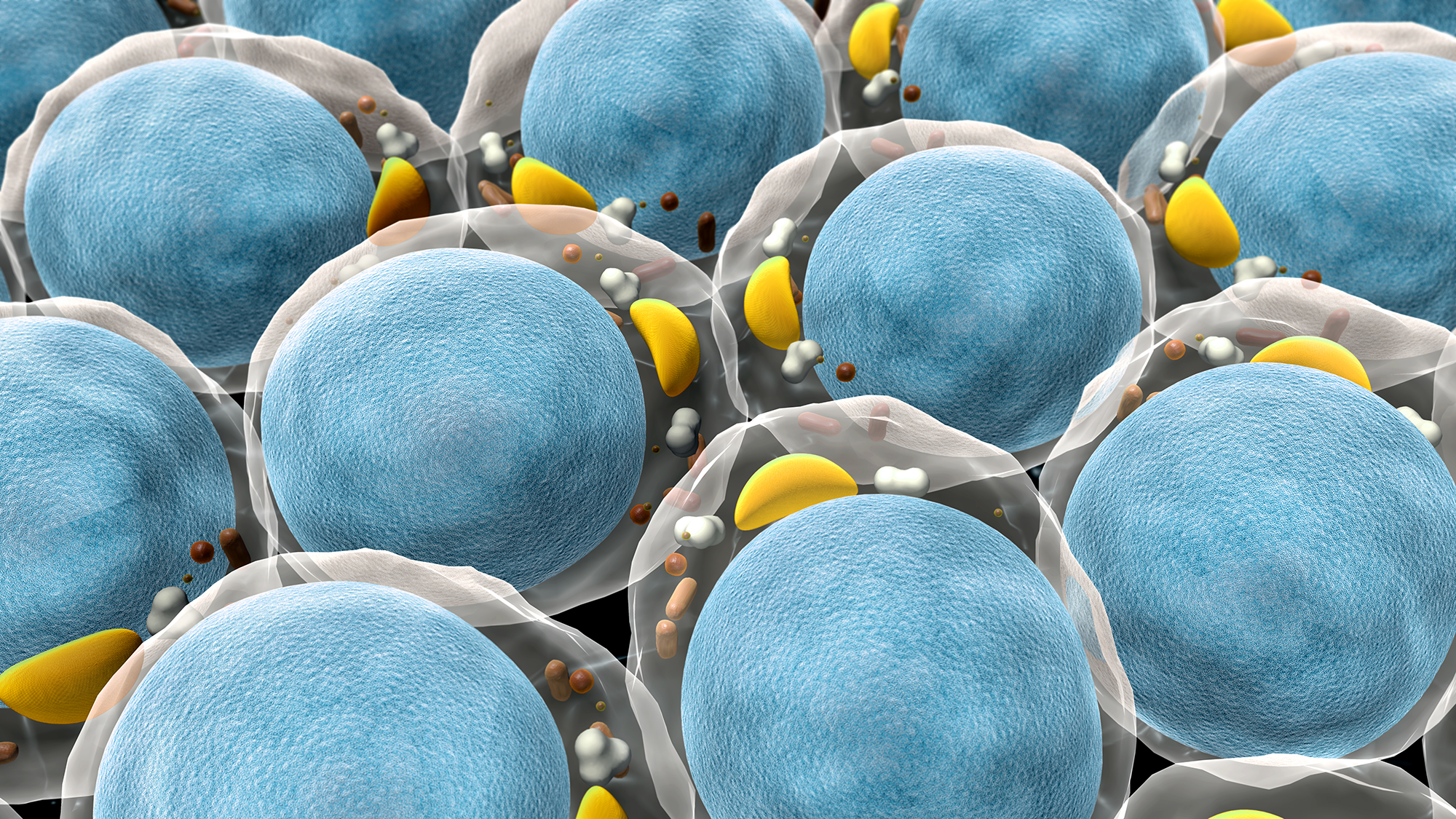 The cells in your body are constantly renewing themselves, with older cells aging and dying as new ones are being born. But sometimes that process goes awry. Occasionally damaged cells linger.

Called senescent cells, they hang around, acting as a bad influence on other cells nearby.

Their bad influence changes how the neighboring cells handle sugars or proteins and so causes metabolic problems.

Type 2 diabetes is the most common metabolic disease in the US. About 34 million people, or one out of every 10 inhabitants of the US, suffers from it, according to the Centers for Disease Control and Prevention (CDC). Most people with diabetes have insulin resistance, which is associated with obesity, lack of exercise and poor diet. But it also has a lot to do with senescent cells in people’s body fat, according to new findings by UConn Health School of Medicine’s Ming Xu and colleagues.

They discovered that clearing away those senescent cells seems to stop diabetic behavior in obese mice.

Alleviating the negative effects of fat on metabolism was a dramatic result, the researchers said. If a therapy worked that well in humans, it would be a game-changing treatment for diabetes.

“These drugs can make human fat healthy, and that could be great,” says Xu. “The results were very impressive and cleared the route for potential clinical trials.”

The researchers are now pursuing using the dasatinib and quercetin combination in clinical trials to see if the drugs can improve Type 2 diabetes in human patients. “Although these preclinical results were very promising, large scale clinical trials are absolutely critical to examine the efficacy and safety of these drugs in humans before clinical use,” emphasized Xu.

The research team is also focusing on a previously unexplored senescent cell population. These senescent cells express high levels of p21, a cyclin-dependent kinase inhibitor, and one of the key markers for cellular senescence. By using a newly developed mouse model, Xu’s team demonstrated that clearance of these senescent cells once every month is effective for both slowing down the development of diabetes and alleviating developed diabetic symptoms in obese mice. Xu says previous research has focused on different cell markers, but that the effects of clearing away cells highly expressing p21 was so marked on alleviating diabetes that this marker should get more attention.

The research was mainly funded by the National Institutes on Aging, the Regenerative Medicine Initiative for Diabetes Career Development Award from Mayo Clinic, the Esperance Fellowship in Personalized Nutrition, and American Federation for Aging Research.