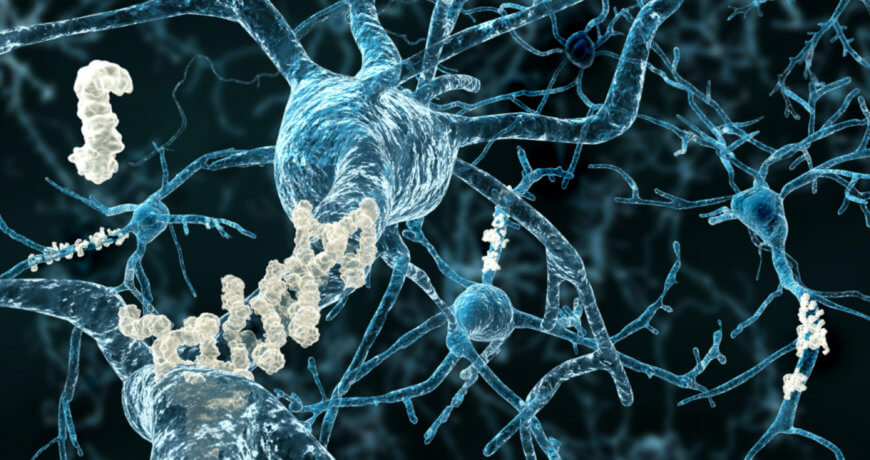 Scientists say restoring a brain protein, not removing amyloid plaques, should be the target of Alzheimer’s dementia therapies

Experts estimate more than 6 million Americans are living with Alzheimer’s dementia. But a recent study, led by the University of Cincinnati, sheds new light on the disease and a highly debated new drug therapy.

The UC-led study, conducted in collaboration with the Karolinska Institute in Sweden, claims that the treatment of Alzheimer’s disease might lie in normalizing the levels of a specific brain protein called amyloid-beta peptide. This protein is needed in its original, soluble form to keep the brain healthy, but sometimes it hardens into “brain stones” or clumps, called amyloid plaques.

The study, which appears in the journal EClinicalMedicine (published by the Lancet), comes on the heels of the FDA’s conditional approval of a new medicine, aducanumab, that treats the amyloid plaques.

“It’s not the plaques that are causing impaired cognition,” says Alberto Espay, the new study’s senior author and professor of neurology at UC.

Amyloid plaques are a consequence, not a cause, of Alzheimer’s disease, says Espay.

Alzheimer’s disease became widely known as “the long goodbye” in the late 20th century due to the disease’s slow deterioration of brain function and memory. It was over 100 years ago, however, that scientist Alois Alzheimer first identified plaques in the brain of patients suffering from the disease.

Since then, Espay says that scientists have focused on treatments to eliminate the plaques. But the UC team, he says, saw it differently:

Cognitive impairment could be due to a decline in soluble amyloid-beta peptide instead of the corresponding accumulation of amyloid plaques.

To test their hypothesis, they analyzed the brain scans and spinal fluid from 600 individuals enrolled in the Alzheimer’s Disease Neuroimaging Initiative study, who all had amyloid plaques. From there, they compared the amount of plaques and levels of the peptide in the individuals with normal cognition to those with cognitive impairment.

They found that, regardless of the amount of plaques in the brain, the individuals with high levels of the peptide were cognitively normal.

They also found that higher levels of soluble amyloid-beta peptide were associated with a larger hippocampus, the area of the brain most important for memory.

“The key discovery from our analysis is that Alzheimer’s disease symptoms seem dependent on the depletion of the normal protein, which is in a soluble state, instead of when it aggregates into plaques,” says co-author Kariem Ezzat from the Karolinska Institute.

The most relevant future therapeutic approach for the Alzheimer’s program will be replenishing these brain soluble proteins to their normal levels, says Espay.

The research team is now working to test their findings in animal models. If successful, future treatments may be very different from those tried over the last two decades. Treatment, says Espay, may consist of increasing the soluble version of the protein in a manner that keeps the brain healthy while preventing the protein from hardening into plaques.