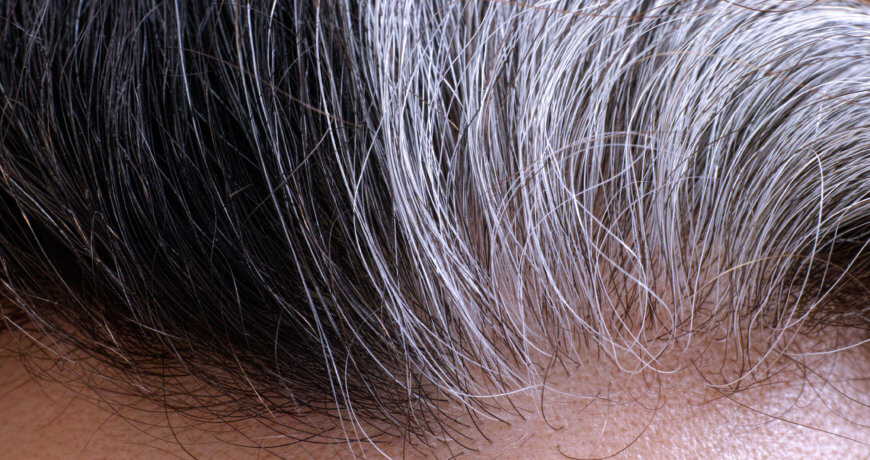 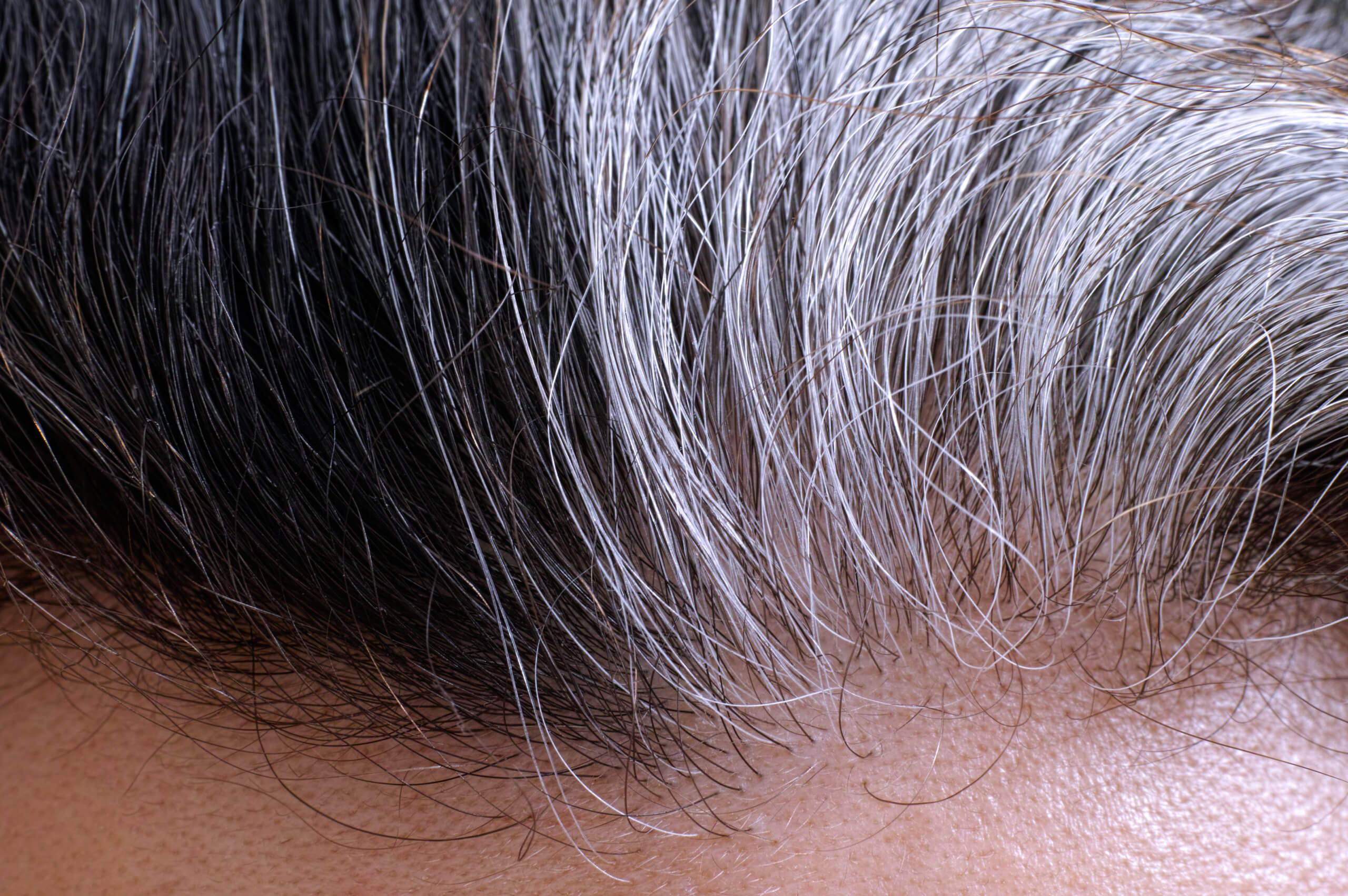 Legend has it that Marie Antoinette’s hair turned gray overnight just before her beheading in 1791. Though the legend is inaccurate – hair that has already grown out of the follicle does not change color – a new study from researchers at Columbia University Vagelos College of Physicians and Surgeons is the first to offer quantitative evidence linking psychological stress to graying hair in people.

And while it may seem intuitive that stress can accelerate graying…

…the researchers were surprised to discover that hair color can be restored when stress is eliminated, a finding that contrasts with a recent study in mice that suggested that stressed-induced gray hairs are permanent.

The study, published June 22 in eLife, has broader significance than confirming age-old speculation about the effects of stress on hair color, says the study’s senior author Martin Picard, PhD, associate professor of behavioral medicine (in psychiatry and neurology) at Columbia University Vagelos College of Physicians and Surgeons.

“Understanding the mechanisms that allow ‘old’ gray hairs to return to their ‘young’ pigmented states could yield new clues about the malleability of human aging in general and how it is influenced by stress,” Picard says.

“Our data add to a growing body of evidence demonstrating that human aging is not a linear, fixed biological process but may, at least in part, be halted or even temporarily reversed.”

“Just as the rings in a tree trunk hold information about past decades in the life of a tree, our hair contains information about our biological history,” Picard says. “When hairs are still under the skin as follicles, they are subject to the influence of stress hormones and other things happening in our mind and body. Once hairs grow out of the scalp, they harden and permanently crystallize these exposures into a stable form.”

Though people have long believed that psychological stress can accelerate gray hair, scientists have debated the connection due to the lack of sensitive methods that can precisely correlate times of stress with hair pigmentation at a single-follicle level.

Splitting hairs to document hair pigmentation Ayelet Rosenberg, first author on the study and a student in Picard’s laboratory, developed a new method for capturing highly detailed images of tiny slices of human hairs to quantify the extent of pigment loss (graying) in each of those slices. Each slice, about 1/20th of a millimeter wide, represents about an hour of hair growth.

“If you use your eyes to look at a hair, it will seem like it’s the same color throughout unless there is a major transition,” Picard says. “Under a high-resolution scanner, you see small, subtle variations in color, and that’s what we’re measuring.”

The researchers analyzed individual hairs from 14 volunteers. The results were compared with each volunteer’s stress diary, in which individuals were asked to review their calendars and rate each week’s level of stress.

The investigators immediately noticed that some gray hairs naturally regain their original color, which had never been quantitatively documented, Picard says.

When hairs were aligned with stress diaries by Shannon Rausser, second author on the paper and a student in Picard’s laboratory, striking associations between stress and hair graying were revealed and, in some cases, a reversal of graying with the lifting of stress.

“There was one individual who went on vacation, and five hairs on that person’s head reverted back to dark during the vacation, synchronized in time,” Picard says.

To better understand how stress causes gray hair, the researchers also measured levels of thousands of proteins in the hairs and how protein levels changed over the length of each hair.

Changes in 300 proteins occurred when hair color changed, and the researchers developed a mathematical model that suggests stress-induced changes in mitochondria may explain how stress turns hair gray.

“We often hear that the mitochondria are the powerhouses of the cell, but that’s not the only role they play,” Picard says. “Mitochondria are actually like little antennas inside the cell that respond to a number of different signals, including psychological stress.”

The mitochondria connection between stress and hair color differs from that discovered in a recent study of mice, which found that stress-induced graying was caused by an irreversible loss of stem cells in the hair follicle.

“Our data show that graying is reversible in people, which implicates a different mechanism,” says co-author Ralf Paus, PhD, professor of dermatology at the University of Miami Miller School of Medicine. “Mice have very different hair follicle biology, and this may be an instance where findings in mice don’t translate well to people.”

Hair Re-Pigmentation Only Possible for Some

Reducing stress in your life is a good goal, but it won’t necessarily turn your hair to a normal color.

“Based on our mathematical modeling, we think hair needs to reach a threshold before it turns gray,” Picard says.

“In middle age, when the hair is near that threshold because of biological age and other factors, stress will push it over the threshold and it transitions to gray.