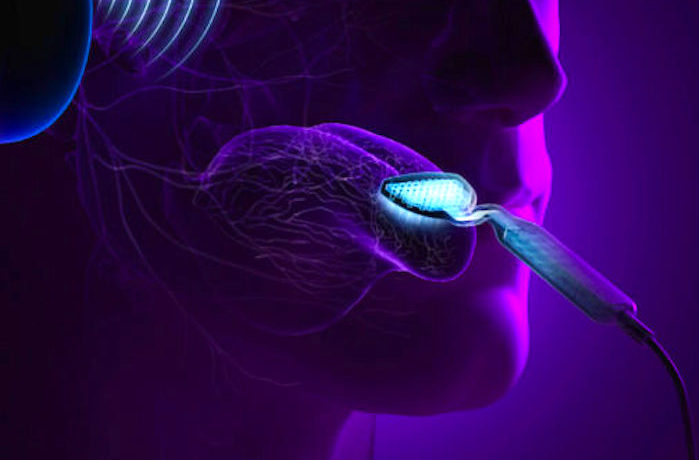 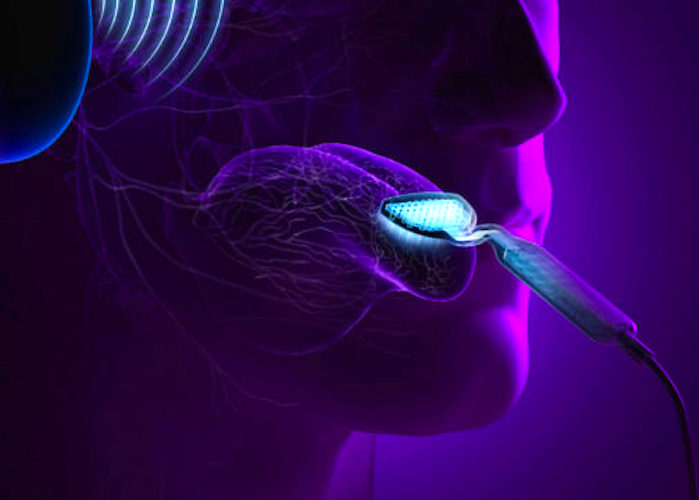 Tinnitus – a constant ringing or buzzing in the ears that affects about 15% of people – is difficult to understand and even harder to treat. Now, scientists have shown that gently stimulating the tongue – combined with a carefully designed sound program – can reduce symptoms of the disorder for up to one year.

It’s “really important” work, says Christopher Cederroth, a neurobiologist at the University of Nottingham, University Park, who was not involved with the study. The finding, he says, joins other research that has shown “bimodal” stimulation – which uses sound alongside some kind of gentle electrical shock – can help the brain discipline misbehaving neurons.

Hubert Lim, a biomedical engineer at the University of Minnesota, Twin Cities, hit on the role of the tongue in tinnitus by accident. A few years ago, he experimented with using a technique called deep brain stimulation to restore his patients’ hearing. When he inserted a pencil-size rod covered in electrodes directly into the brains of five patients, some of those electrodes landed slightly outside the target zone – a common problem with deep brain stimulation, Lim says. Later, when he started up the device to map out its effects on the brain, a patient who had been bothered by ringing ears for many years, said, “Oh, my tinnitus! I can’t hear my tinnitus,” Lim recalls.

With certain kinds of tinnitus, people hear real sounds. For instance, there might be repeated muscular contractions in the ear, Lim says. But for many people, it’s the brain that’s to blame, perceiving sounds that aren’t there.

One potential explanation for the effect is that hearing loss causes the brain to overcompensate for the frequencies it can no longer hear.

Further testing in guinea pigs revealed the best body parts to stimulate to shut off tinnitus, Lim says. He and colleagues tested the ears, neck, limbs, eventually concluding the tongue was the best target.

In a human trial Lim’s team had 326 people with tinnitus sit for up to 1 hour at a time with a small plastic paddle on their tongue. Tiny electrodes in the paddle delivered an electrical current designed to broadly excite the brain, getting activity going through a number of interconnected regions.

The electrical stimulation feels a little like pop rocks candy fizzing in your mouth, Lim says.

Subjects also wore headphones that delivered a more targeted hit to the brain’s auditory system. Each person heard a rapidly changing series of pure tones at different frequencies, against a background noise that sounds “kind of like electronic music,” Lim says. The goal of the two together was to distract the brain by heightening its sensitivity, forcing it to suppress the activity that causes tinnitus. “The brain can only pay attention to so many things,” Lim says.

Over the 12 weeks of treatment, the patients’ tinnitus symptoms improved dramatically.

More than 80% of those who complied with the prescribed regimen saw an improvement. And they saw an average drop of about 14 points on a tinnitus severity score of one to 100, the researchers report today in Science Translational Medicine. When the team followed up after 12 months, 80% of the participants still had lower tinnitus scores, with average drops of 12.7 and 14.5 points.

The results are “quite impressive,” Cederroth says. The reduction in symptoms is larger than other studies have found for bimodal stimulation, and it’s the first evidence of such long-term effects. A 2018 paper that stimulated the skin on the neck and cheek over a shorter time improved patients’ tinnitus, but there was a smaller dip in severity scores, he notes, of only about seven points. And cognitive behavioral therapy, a kind of talk therapy that is currently the only clinically validated tinnitus therapy, improves severity scores by about 10 points on average.

Still, University of Oxford neuroscientist Victoria Bajo notes there was no control group in the trial. Without that, she says, it’s impossible to know how much patients would have improved on their own or with a placebo. The work is good, she says, “but this is the beginning.”