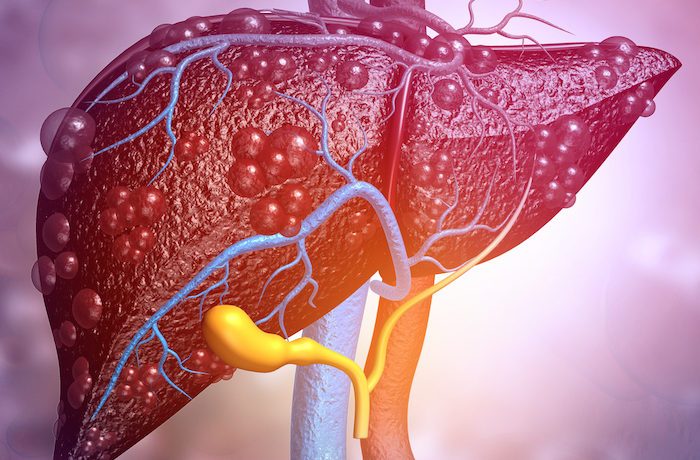 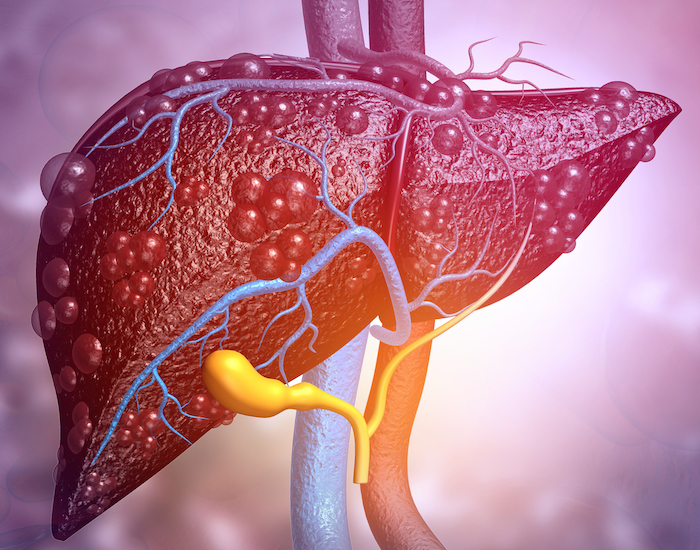 According to the American Liver Association, fatty liver disease – marked by the abnormal accumulation of fat in the liver – currently affects as many as one in five Americans. Accompanied by a host of metabolic problems, including insulin resistance and increased serum triglycerides, fatty liver disease is often referred to as a “silent” disease because it rarely presents any noticeable symptoms.1

An estimated 30 percent of those with fatty liver disease will develop a much more serious disorder, Non-Alcoholic Steatohepatitis (NASH), that causes widespread inflammation and scarring (fibrosis) of liver tissues.

People with NASH generally feel fine and are unaware they have a serious problem until the condition worsens and turns into cirrhosis.

Cirrhosis is essentially widespread and extensive fibrosis that so severely damages the liver that it can no longer work, resulting in liver failure. Symptoms of cirrhosis include fluid retention, muscle wasting and bleeding from the intestines. Liver transplantation is the only treatment for liver failure resulting from advanced cirrhosis, and transplants are increasingly being performed in people with NASH.

NASH ranks as one of the major causes of cirrhosis in America, behind hepatitis C and alcoholic liver disease. Cirrhosis kills some 27,000 Ameri-cans per year.2

A recent paper by nutrition researchers at the Washington University School of Medicine in St. Louis warns that fatty liver poses a far greater risk to health than normal belly fat, noting that “…excess fat in the liver, not visceral fat, is a key marker of metabolic dysfunction. Visceral fat might simply be an innocent bystander that is associated with liver fat.”3

According to senior investigator, Samuel Klein, M.D., “Since obesity is so much more common now, both in adults and in children, we are seeing a corresponding increase in the incidence of nonalcoholic fatty liver disease that can lead to serious liver disorders such as cirrhosis in extreme cases, but more often tends to have metabolic consequences. Multiple organ systems become resistant to insulin in these adolescent children with fatty liver disease. The liver becomes resistant to insulin and muscle tissue does, too. This tells us fat in the liver is a marker for metabolic problems throughout the entire system.”

According to Klein, their findings indicate that children and adults with fatty liver disease should be targeted for intensive interventions. “Those who are obese but don’t have fatty liver disease still should be encouraged to lose weight, but those with evidence of fatty liver are at particularly high risk for heart disease and diabetes. They need to be treated aggressively with therapies to help them lose weight because weight loss can make a big difference.”

Curcumin (Curcuma longa) is a traditional herb that is rich in antioxidant polyphenolic compounds that have been shown to protect cells from free radical damage. Curcumin has previously been shown to prevent obesity-associated inflammation and diabetes (Fig. 1) in obese mice. In one recent study curcumin was found to inhibit lipogenesis (the process by which glucose is converted to fat) and prevent the development of new fat cells.4

In a recent paper, curcumin was shown to suppress cellular expression of GLUT4 (Insulin-Responsive Glucose Transporter), a protein found in striated muscles and adipose tissues that is responsible for the insulin-regulated transfer of glucose into cells where it is either metabolized for energy or stored as fat. By suppressing GLUT4 expression, curcumin acts to inhibit lipogenesis and suppress the formation of new fat cells. Additionally, by decreasing GLUT4, curcumin increases lipolysis, the process by which triglycerides (which make up the bulk of fat cells) are converted into free fatty acids that can easily be metabolized (burned as fuel) leading to a reduction in fat storage and causing adipose cells to shrink.5

In 2009, researchers at Tufts University examined how curcumin affects fat metabolism and storage. They discovered that when mice were fed a high-fat diet supplemented with curcumin, their intake of calories remained constant even as they lost body weight and adipose tissue. Curcumin also led to a reduction in the density of microcapillaries feeding fat cells, and a similar drop in the expression of vascular endothelial growth factor (VEGF), a chemical that stimulates the growth of new blood vessels.

Additionally, curcumin was found to significantly lower serum cholesterol levels in the mice while reducing expression of PPAR, a key transcription factor involved in fat cell formation and storage.

Commenting on their findings, the researchers noted that, “The curcumin suppression of angiogenesis in adipose tissue, together with its effect on lipid metabolism in adipocytes, may contribute to reduced body fat and body weight gain. Our findings suggest that dietary curcumin may have a potential benefit in preventing obesity.”6

How Curcumin Protects Against Fatty Liver and NASH

Another team of researchers from the Washington University School of Medi-cine recently published a study showing how curcumin prevents the accumulation of fat in the liver by inhibiting leptin, a hormone produced by fat cells that plays a key role in regulating appetite and fat storage. Normally, leptin acts on receptors in the hypothalamus to limit appetite and produce a sense of fullness and satisfaction after eating a meal (satiety). Leptin also enhances the body’s ability to access and utilize stored fat for energy production.

But leptin also has a dark side. Leptin stimulates the activation of Hepatic Stellate Cells (HSCs), a class of liver cells directly involved in the development of nonalcoholic steatohepatitis (NASH), a condition associated with increased damage from reactive oxygen species (ROS), mitochondrial dysfunction, and inflammatory cyto-kines. Obese individuals are increasingly being diagnosed with NASH, presenting with symptoms that include abnormally high plasma leptin levels, fatty liver, inflammation and severe fibrosis of liver tissues.

In their paper, the researchers described how curcumin was found to block the damaging stimulatory effects of leptin on HSC activation while also increasing activity of AMPK (AMP-activated protein kinase), a master switch that regulates several intracellular systems, including fatty acid and carbohydrate metabolism in liver, adipose tissue, pancreatic cells, and skeletal muscles.

Curcumin has been shown to reduce the damaging effects of leptin on Hepatic Stellate Cells while reducing oxidative stress to further inhibit leptin-signaling. These results provide a novel insight into potential therapeutic application of curcumin for preventing liver fibrogenesis associated with fatty liver disease and NASH.