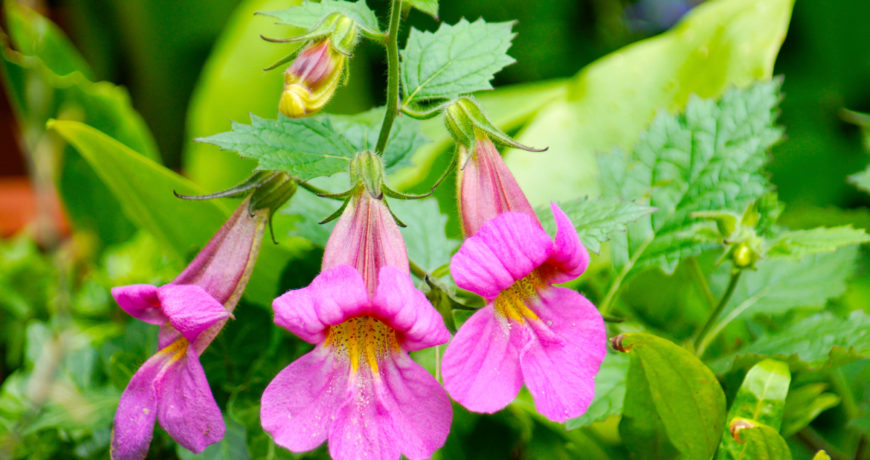 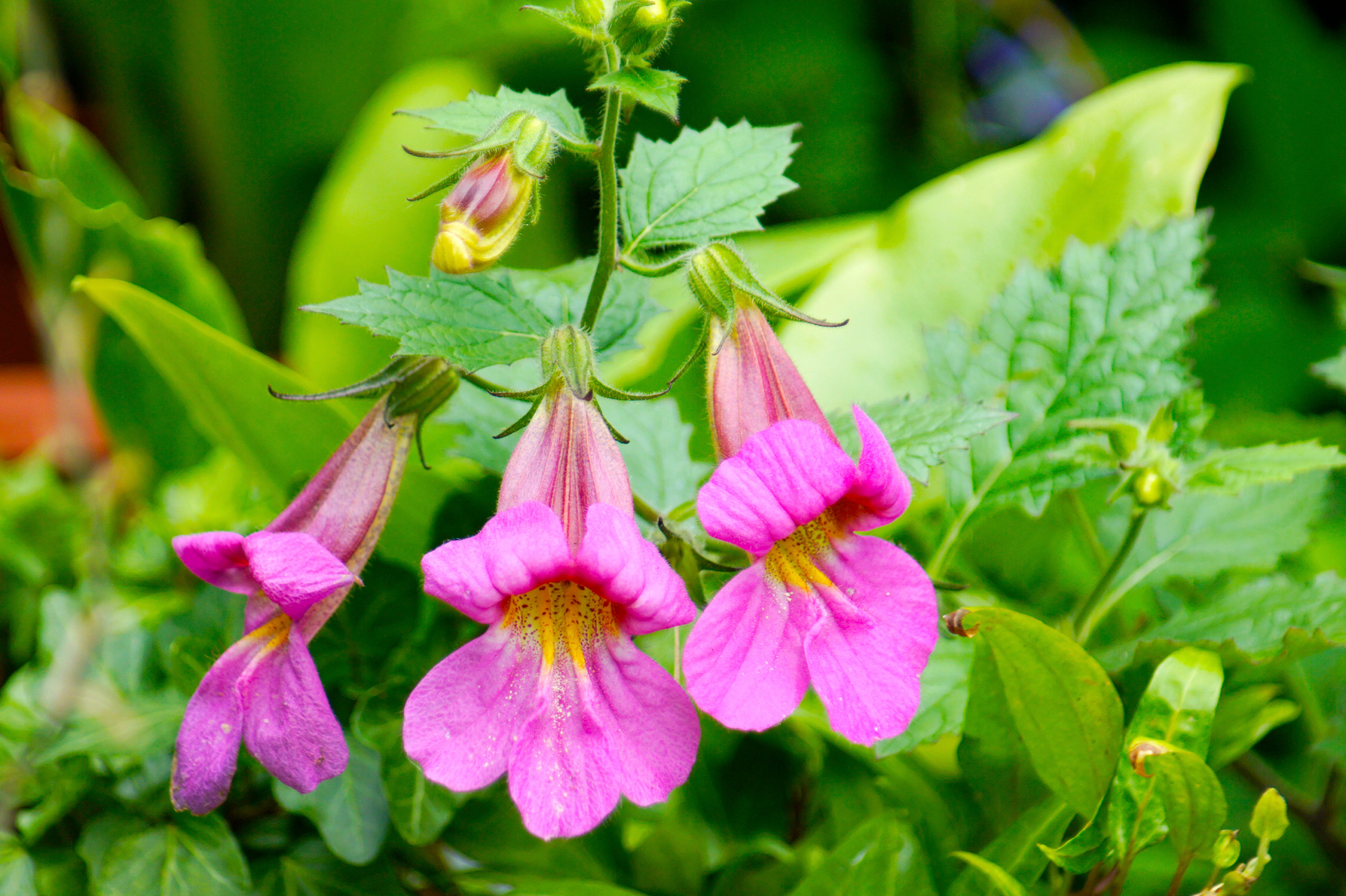 Each Spring vast tracts of Rehmannia flowers spread across Asia, blanketing the landscape with gold and burgundy blossoms that seduce the eye while hiding their true beauty below, deep in the earth. The roots of the bell-shaped flowers of rehmannia glutinosa are among the most valuable of all essence herbs in Traditional Chinese Medicine (TCM), and are commonly referred to as “earth marrow” for their ability to replenish bone marrow, mend broken bones and restore robust health and youthful vitality.

In Traditional Chinese Medicine the word “Essence” relates to healthy aging and a method of addressing occurrences in life that work to diminish health and vitality. Herbs that replenish Essence are said to restore robust health and youthful vitality. Rehmannia is considered a “Superior” Essence herb, used since antiquity to restore musculoskeletal strength and joint health, and to repair damage to crucial tissues that support movement, energy and physical activity.

A powerful herb on its own, Rehmannia’s effects are enhanced when combined with other synergistic healing herbs. With a broad range of healing actions, Rehmannia has served as the base for many traditional herbal formulas, especially those used to combat aging disorders, enhance immune function, and prolong healthy lifespan. Throughout history this widely used tonic herb has been prescribed for ailments such as:

Rehmannia contains more than 140 distinct compounds that have healing effects on all kinds of diseases. The most powerful of these plant chemicals are called iridoid glycosides, which can act as powerful repair kits. These special compounds deliver a wide range of curative properties, such as anti-inflammatory, immune-modulating, antioxidant, neuroprotective, anti-aging, and regenerative actions.

Rehmannia contains several iridoid glycoside compounds, including one that’s unique and so unusually effective for treating a variety of conditions that it’s caught the attention of pharmaceutical researchers. That compound is called catalpol, it is the focus of numerous studies demonstrating its profound healing effects.

And with millions of people suffering painful – and sometimes deadly – fractures brought on by osteopenia and osteoporosis, a safe natural plant compound that strengthens bones fills the need for an urgently needed therapeutic option.

Rehmannia has a centuries-long track record for safely treating bone and joint diseases. Now, researchers have discovered the how and why behind its effectiveness. In one study,1 scientists studied the root’s effects on bone strength in animal models (called OVX rats) of menopause. They split the OVX rats into five treatment groups, three of which were different dosages of Rehmannia; the other two groups got either water or estrogen. After eight weeks, treatment with the highest Rehmannia dose resulted in:

Plus, Rehmannia reduced bone tissue loss without having any negative effect on hormone levels. Recent research2 discovered that Rehmannia helps maintain a healthy balance between osteoblasts (cells that create bone cells) and osteoclasts (cells that clear out old bone cells), a process that becomes severely imbalanced in osteoporosis.

In fact, there have been at least 107 clinical trials conducted using Rehmannia (often in combination with other herbs) that have found it effective in treating osteoporosis. Rehmannia also counteracts the bone-weakening effects of glucocorticoid (a steroid hormone). In a 2019 experiment, researchers found that Rehmannia:3

Another powerful compound – called aucubin – in Rehmannia adds another level of protection for healthy bones. A 2018 study showed that aucubin helps create more osteoblasts and activates other important processes necessary to build strong bone (such as mineralization).4

Rehmannia also helps tackle one of the most vexing problems of aging: ensuring your teeth don’t fall out of your mouth. When people (including doctors) talk about bone loss, they often focus on the big skeletal bones, such as the femur (thigh bone), that are prone to increased fracture in aging humans.

But alveolar bone tissue – comprising the sockets that hold the roots of your teeth in place – also suffers from age-related bone loss.

Additional research shows that Rehmannia can significantly increase alveolar bone density,6 reversing the bone loss that can result in lost teeth. At the same time, its anti-inflammatory powers helped protect gum tissue, the other side of the tooth loss equation.

For more than 2,000 years, TCM has relied on Rehmannia as a longevity tonic. The treasured root was called upon to restore youthful energy, rebalance life essence, and even prolong life. And while the ancient practitioners didn’t understand the science behind Rehmannia’s anti-aging effects, they saw how it worked in revitalizing their patients.

Now, modern research has uncovered another of this herb’s underlying powers: mobilizing stem cells. Stem cells are your body’s own built-in repair system, replacing worn out and damaged tissues with fresh, healthy cells. But with aging, stem cells can stop working, sort of like they’re deactivated.

The cells hover between life and death (sort of like zombies) – a state called senescence.

That’s where Rehmannia steps in. Rather than falling into a senescent state, Rehmannia keeps stem cells in a quiescent state, basically asleep and ready to be awakened as needed to keep more stem cells available for reactivation.7 That puts the whole stem cell process back on track, prompting these repair cells to do their jobs and revitalize your bones, joints, and vital organs.

Along with its bone-regenerating, brain-protecting, and anti-aging properties, Rehmannia has been used successfully to treat a wide variety of conditions, including:

2. Soothing Joints and Halting Joint Damage: A 2018 study found that Rehmannia (in combination with other herbs) relieved pain and stopped cartilage breakdown in an animal model of osteoarthritis. Animals that received Rehmannia displayed higher pain tolerance and increased ability to bear weight.9

3. Marshalling the Immune System: Rehmannia increases production and activity of natural killer (NK) cells, one of the body’s main defenses against disease.10

Packed with scores of naturally healing compounds, this TCM staple benefits a wide range of health conditions while increasing longevity.  Rehmannia exhibits exceptional effectiveness for strengthening bones – making it a crucial component of any osteoporosis prevention or reversal plan. Rehmannia is also often used as a base for complex herbal formulas created by TCM practitioners. Its own healing powers shine as it enhances the effectiveness of other herbs, for a safe and balanced approach to wellness.