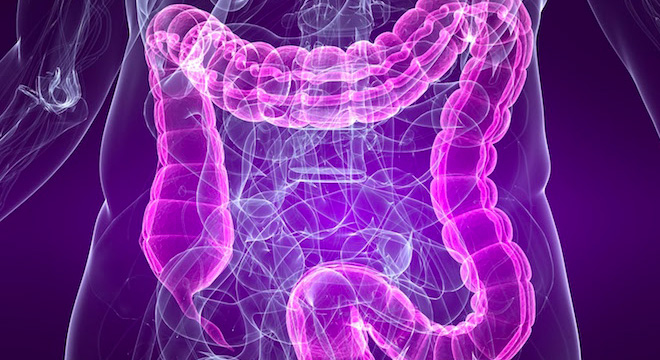 Often considered an uncomfortable topic of discussion, chronic constipation is a common and potentially dangerous condition that everyone experiences at some point in life. A recent survey reveals that 33 percent of those over the age of 60 suffer from chronic constipation, resulting in millions of clinic visits, and more than 700,000 emergency room admissions each year.

Constipation has always plagued humans (even Hippocrates complained how “the intestines tend to become sluggish with age”), but our modern world is making matters worse. Constipation is a common side effect of a wide range of prescribed medications. Opioids, such as codeine, oxycodone, and hydromorphone, are among the worst offenders in this regard.1 And commonly used medications, such as antacids, antidepressants, anti-anxiety drugs and ACE inhibitors used to treat hypertension are known to cause or worsen constipation.2-5

Bromocriptine, a drug used to treat Parkinson’s disease and Type 2 diabetes, has been shown to cause constipation in almost two-thirds of individuals taking the medication.6 Constipation is often made worse in Parkinson’s patients because they are often prescribed several other drugs known to reduce bowel movements.7

Additionally, popular antacid drugs, such as H(2)-receptor antagonists (Pepcid, Tagamet, Zantac, etc.) and proton pump inhibitors (Prilosec, Prevacid, etc.) taken for acid reflux and GERD are known to reduce gastrointestinal motility and slow movement of the stool through the intestines.8

Other challenges to healthy bowel functions include modern, sedentary lifestyles, low-fiber diets, increased psychological stress and anxiety, and exposure to pesticides and heavy metals from food.9 Therefore, it’s not surprising that constipation is one of the most common chronic digestive issues in the country, especially among older adults and those over 65 years of age, who spend more than $400 million per year on over-the-counter laxatives.10,11

A healthy body normally digests food and absorbs nutrients through the contraction and relaxation of muscles in the stomach and intestines in a process known as gastrointestinal motility. However, when the nerves and muscles in the GI tract do not function properly, gastrointestinal motility is disrupted. This can lead to constipation and any number of other digestive complaints.

Conventional physicians usually cite the standard definition of constipation as less than three bowel movements per week.12 However, naturopathic doctors and integrative medical doctors often emphasize the importance of having one or more bowel movements per day. Even if you have a daily bowel movement, symptoms such as straining, unproductive urges, a sense of incomplete evacuation, excessive time spent on the toilet, abdominal discomfort, and bloating are also indications that you may be constipated.

Chronic constipation can be more than just an occasional annoyance and, in some individuals, can lead to serious consequences. For example, if a stool remains in the intestines for too long a period it can result in the re-absorption of toxins that were on their way to being eliminated from the body. What’s more, constipation has been shown to have a negative effect on moods. In a study of 5,107 women, chronic constipation was not only associated with a lower quality of life but also increased depression, even after adjusting for various chronic illnesses and fluid intake.13

Women who suffered from chronic constipation also had an increased mortality rate compared with women who were not constipated.13

Constipation can even lead to problems with genitourinary health in women because of the proximity of the large intestine to reproductive organs. Furthermore, constipation can lead to excessive pressure on the uterus and fecal incontinence.14

Even more concerning is the possibility that severe constipation can result in fecal impaction, when stool builds up in the intestines and cannot be eliminated. If untreated, this can lead to a potentially life-threatening condition known as colonic necrosis. If this occurs, surgical removal of the damaged section of the colon may be necessary.

Another possible fatal complication of constipation occurs due to the straining associated with the elimination of hard stools. The act of bearing down to push out stool while holding your breath causes a nerve in the chest to signal your brain to change your heart rate and blood pressure. First, your blood pressure drops, but as the body tries to correct this decline, it can overcompensate in some people by sending the blood pressure too high, especially in the elderly and individuals with pre-existing heart conditions.

This is why straining to have a bowel movement can increase the risk of having a fatal heart arrhythmia. This may have been what killed the legendary rock singer Elvis Presley.

In a recent study of 45,112 Japanese men and women aged 40-79 years, researchers investigated whether reduced defecation frequency was associated with dying from cardiovascular disease.15 On a self-administered questionnaire, the participants indicated the number of times they had bowel movements per day. During 13.3 years of follow-up, the authors of the study found that significantly more subjects died from cardiovascular disease in the groups that reported having a bowel movement only once every two to three days, or one or fewer bowel movements every four days, compared with the participants who had one or more bowel movements daily.

Constipation also can significantly elevate the incidence of pre-cancerous lesions known as colorectal polyps, and is a known risk factor for colorectal cancer.16

The Problem with Conventional Laxatives

Laxatives are widely used as a solution for constipation. As many as 75 percent or more elderly hospitalized patients and residents of nursing homes use laxatives for maintaining healthy bowel motility.17

The most common type of agents used for constipation are stimulant laxatives that work to support bowel movements by altering electrolyte transport in the intestinal mucosa and increasing colonic motility. However, stimulant laxatives have some serious drawbacks. Long-term use of natural laxatives, such as aloe, cascara (Cascara Sagrada), and frangula (Alder Buckthorn) may increase the risk of colorectal cancer.18 These agents have been found to be genotoxic in animals and have promoted the formation of tumors in rodent studies.18

In humans, long-term stimulant laxative use is linked to an increased incidence of pre-cancerous colorectal polyps.16 Phenolphthalein, an ingredient found in laxatives sold outside the United States, is linked to photosensitivity, dermatitis, and Stevens-Johnson syndrome, a serious disorder of the skin and mucous membranes.19

Long-term use of stimulant laxatives can also become habit-forming. The intestines begin to depend on the laxatives to produce a bowel movement. Over time, it becomes more difficult to pass stools without the use of the laxative.

Rather than using over-the-counter laxatives, elderly patients complaining of constipation are sometimes prescribed the selective 5-HT(4) receptor agonist Prucalopride, a drug that has been linked to diarrhea and abdominal pain.20 People prescribed opioid drugs who experience constipation are often given an opioid receptor antagonist, such as Naloxegol, instead of laxatives to counteract the detrimental effects of the opioid on bowel motility. But while naloxegol relieves constipation, it also can cause abdominal pain.21

Fiber is often used to stimulate bowel movements, but fiber can actually cause constipation if a person is not also drinking enough fluids. People taking diuretics are particularly at risk of this happening.

A Gentle, Safe Option for Constipation

Daily Movement® provides a combination of natural botanicals shown to improve intestinal motility while lubricating the intestines for gentle, effect relief from constipation without using strong, harsh purgatives. Among these are:

Daily Movement combines these botanicals with other gentle laxatives, such as Prepared Rehmannia, Tang-kuei, Peach Kernel, Lindera, and Black Sesame Seed, for a combination that gently and safely stimulates the bowels for daily regularity and comfort.

The modern world presents a number of challenges to healthy gastrointestinal motility, including the use of medications such as opioid drugs and antidepressants, as well as ongoing psychological stress and a low-fiber diet. Constipation can be more than just a nuisance; it can lead to potentially life-threatening complications. Although the use of stimulant laxatives is common, over the long-term they can become habit forming and even increase the risk of colorectal cancer. Daily Movement’s unique blend of gentle, effective botanicals offers a gentle, balanced option for maintaining intestinal regularity and improved gut comfort.